Object Storage has been designed to store massive amount of unstructured data. It is typically a great fit for storing static files such as medias (pictures, movies, music …) and documents, and access them through API. Deployed in the cloud, it brings great benefits as organizations can store their growing amount of data without worrying about scale.

At OVHcloud, we are proposing Object Storage in our Public Cloud universe and we have released, last year, compatibility with the S3 API, the market standard. Simply put, organizations and developers in particular, can reuse the tools (SDK, libraries or plug-in…) they are already familiar with, to migrate their data from any S3 bucket to OVHcloud Object Storage, and benefits from the cost-effectiveness, reversibility and privacy by design of our service.

This blog post details how Systran, a pioneer and global leader in translation solutions, has migrated from AWS S3 to OVHcloud Object Storage, and will cover the drivers behind that migration and the benefits. Huge thanks to Jean-Sellenart (CEO) and John-Paul Barraza (CIO), at Systran for helping us putting together this post.

Why does storage play a key role in Systran’s business? What are the reasons for migrating to OVHcloud Object Storage?

For Systran, storage is considered to be very important, as it hosts business-critical data such as translation models and models-related data. This is vital for the business in terms of Intellectual Property, as well as affecting the data transparency and privacy promise Systran makes to its trainers. As a result, trainers expect robust protection for the models they will list on Systran’s marketplace, as well as sole ownership over their data and reversibility; their biggest concern is that the models could be used for a different purpose than what they were designed for, which would lead to loss of earnings for them.

As a software solutions provider, Systran monitors its production costs closely, as they affect its margin. Systran was initially using AWS S3 as its service for storing models and related data, but they realised that the billing was unpredictable, too complex to understand and, most of all, expensive. As Systran’s marketplace gained more traction in the market, their storage volume needs were increasing. At the same time, it wanted to have more control over costs, while increasing its protection of its business-critical assets. As Systran was already an OVHcloud customer, it naturally chose to migrate its data to OVHcloud Object Storage to address those issues.

What advantages does Systran gain from migrating to OVHcloud Object Storage ?

The first resulting benefits are cost reduction and predictability. In fact, payback was achieved only two months after the migration. The total cost of ownership (TCO) with AWS S3 would have been around $13k for three months, while with OVHcloud Object Storage the TCO, including migration cost, was $11k for the equivalent time period. The benefits of migrating to OVHcloud from a financial perspective is becoming even more apparent by the month, as the bill with AWS S3 was around $4k per month, which is more than 250% higher than what Systran is paying for the same volume of data with OVHcloud Object Storage. Furthermore, as its storage volume is increasing by an average of 10TB every month, the pricing model of OVHcloud Object Storage is simple, predictable and transparent, which is critical for Systran in terms of better controlling its costs.

From a more functional standpoint, Systran was able to streamline its storage needs, as the migration was an opportunity to delete redundant translation models, as well as provide more protection and resilience to the data stored in Object Storage. While utilising the triple replication provided by OVHcloud Object Storage, Systran also decided to archive its translations in the OVHcloud Cloud Archive to increase its business resilience. Therefore, with OVHcloud, Systran can deliver on its promise of data privacy (thanks to OVHcloud’s GDPR compliance), reversibility and resilience for its ecosystem of partners, while protecting Intellectual Property.

Finally, Systran’s migration to OVHcloud Object Storage was facilitated by the provision of standard APIs. OVHcloud Object storage offers both S3 and Openstack Swift APIs which are widely adopted standards for development, meaning that developers can use tools that they are already familiar with. Another technical advantage of OVHcloud Object Storage is the network performance, which Systran has noted to be faster than AWS S3. This means that training translation models are faster for Systran trainers, resulting in further cost reductions.

Systran is a pioneer and leader in translation solutions, serving global organisations with its Machine Learning technology. With a key mission to provide tailored translation solutions to vertical industries, Systran has launched its marketplace: a community-based platform providing specialised translation models in various fields (such as IT, legal, and manufacturing), with full data transparency and privacy. This platform lets developers of specialised translation models (called “trainers” in Systran’s terminology) list their own model(s) on Systran’s marketplace, and end customers can buy those models for use on their own business applications or website. Systran collects the payment from the end customers, then pays trainers for the purchased models.

Towards the end of 2016, Systran was once again breaking new ground, launching the first professional neural translation engine. This program makes use of the latest advancements in deep learning technology to improve the quality of instant translation. If you want to know more about them, see this use case. 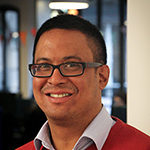