As speakers and sponsor, we are going to tell you how this edition of DevFest Nantes went.

It was the 10th anniversary edition 🎉. The theme of this edition was Jules Vernes!

Steam punk atmosphere for all booths 🤩.

Two talks were given by Alexandre and Olivier.

Who has never found themselves developing an in-house solution to orchestrate complex business workflows? You start by adding a database to manage the state, then you add queueing to pass the data through your services and you end up developing complex retry functions that never handle all the special cases. Even before integrating their business logic, developers have to solve a number of workflow orchestration problems that make development heavy and sometimes complex to maintain. Can we stop reinventing the wheel?

Temporal.io is a workflow engine, derived from Cadence, initially developed at Uber and used in production at Netflix, Stripe or Snapchat. The paradigms brought by temporal.io are simple and allow teams to reduce their “glue-code” to focus on their business code. Write your workflows in the language of your choice thanks to its SDKs available in several languages: JAVA, Go, Typescript, PHP (and soon Python, Ruby, Rust & .NET), the temporal platform takes care of the rest.

The objective is to present you temporal.io: how it works, its use cases and its interest for development teams.

Did you know you were a storyteller?

As proof, you are able to predict the next scene in a movie or a series, or even guess who the killer is! This is completely normal, because from our youngest age, we have been rocked by stories, tales, legends, we have unconsciously integrated their mechanics.

In this original and interactive talk, we will use the concept of the Hero’s Journey to tell a story, directly inspired by your experiences, and show you that you have everything you need to tell great stories yourself.

Many members of OVHcloud were at the DevFest Nantes.

It was an opportunity to meet each others in real life!

All the team was involved in the booth setup and was present on the booth during the event 👏.

The booth was amazing, thanks to @horacio for his wonderful drawings 🤩.

As always being sponsor at this kind of event is a lot of work. The day start early to build the booth and to be present at the opening on the booth.

We met a lot of people with exciting discussions. We organized a contest based on the Gabaky game.

Many players came to try to win the Switch and at the end, after a memorable final, one of them won the Switch!

As a speaker (and coach)

Being a speaker at a conference is already a very strong experience, but when it comes to the biggest French conference and the talk takes place in the largest room, it’s indescribable.

In this talk where I learn to tell stories, I tell my own story and my fight against stage fright.

I manage to emerge victorious from this fight thanks to the tools of storytelling, and I transmit at the end a model of narrative structure adapted to the world of conferences.

I also had the great pleasure of being able to coach Alexandre for his talk “Temporal.io – My workflows are cloud ready”, from the design of the talk, through rehearsals in the middle of the crowd, to the final performance.

Alexandre’s talk was a success, I’m very proud of it and I can’t wait to see his next talks.

A big thanks to the whole organization team, you did an amazing work for this super edition 💪.

Can’t wait to return next year! 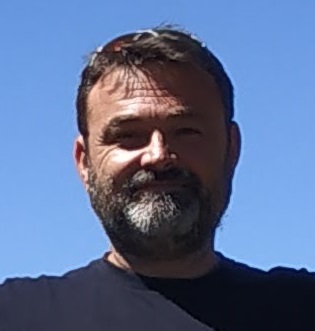 Once a developer, always a developer!
Java developer for many years, I have the joy of knowing JDK 1.1, JEE, Struts, ... and now Spring, Quarkus, (core, boot, batch), Angular, Groovy, Golang, ...
For more than ten years I was a Software Architect, a job that allowed me to face many problems inherent to the complex information systems in large groups.
I also had other lives, notably in automation and delivery with the implementation of CI/CD chains based on Jenkins pipelines.
I particularly like sharing and relationships with developers and I became a Developer Relation at OVHcloud.
This new adventure allows me to continue to use technologies that I like such as Kubernetes or AI for example but also to continue to learn and discover a lot of new things.
All the while keeping in mind one of my main motivations as a Developer Relation: making developers happy.
Always sharing, I am the co-creator of the TADx Meetup in Tours, allowing discovery and sharing around different tech topics. 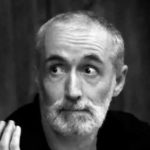 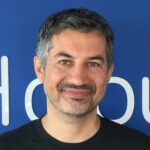