Our OVHcloud Managed Kubernetes product has now been available for more than one year on general availability. From now on, Kubernetes version 1.19 is certified by the CNCF on our platform.

Kubernetes is in constant evolution and amelioration, every new version brings a lot of new feature and fixes. The 1.19 is not the exception:

Finally, we have arrived with Kubernetes 1.19, the second release for 2020, and by far the longest release cycle lasting 20 weeks in total. It consists of 34 enhancements: 10 enhancements are moving to stable, 15 enhancements in beta, and 9 enhancements in alpha.

You can find the whole change list in the official release notes, and a more casual reading version on the Kubernetes blog, but in this post we want to have a look to some of the (in our highly subjective point of view) major themes in this release:

Ingress is a Kubernetes API object that manages external access to the services in a cluster, typically HTTP. It may provide load balancing, SSL termination and name-based virtual hosting.

Ingress is nowadays a central feature of Kubernetes, widely used in production. And surprisingly enough, it was still officially a beta. By graduating it to GA, the Kubernetes community acknowledges its importance and its de facto standard status. And of course, it opens the way to working on an Ingress v2, or some extensions, to give it even more features.

An you can of course find more informations about Ingress at the official documentation.

Ingress isn’t the only API that have been in beta status for ages, in fact it’s only one of the numerous examples of a semi-permanent beta status for new APIs, where widely used features remain as beta release after release even if they are considered production-ready by most users.

From Kubernetes v1.20 and onwards, SIG community have decided of a new policy is to avoid features staying in beta for a long time: when a new feature’s API reaches beta, that starts a countdown. The beta-quality API now has three releases (about nine calendar months) to either:

As a Managed Kubernetes provider, we are particularly happy of this change, as our observations fully align with the working group (WG) Long Term Support (LTS) showing that a significant proportion of Kubernetes users didn’t upgrade in the 9-month support period.

Other APIs graduate to GA, and some new betas

Some other Kubernetes APIs that been upgraded to general availability, and the old API endpoints have been deprecated:

Some APIs also get a new beta version:

Dealing with logs in Kubernetes has always been a tricky task. As there was no uniform structure neither for log messages in the Kubernetes control plane nor for the reference to Kubernetes objects in the logs, automating the log management relied in ad-hoc solutions and in fine on dreaded regular expressions… In consequence, building analytical solutions using those logs, was not only complicated to develop but also hard to maintain.

You can get more information in the corresponding KEP (Kubernetes Enhancement Proposal) and in the system logs section of the documentation.

In Kubernetes 1.19, SIG API Machinery has implemented deprecation warning on Kubernetes APIs. From this version onwards, making an API request to a deprecated REST API endpoint returns a Warning header in the response and a deprecation annotation on the audit event associated to the API call, and some metrics.

The warning includes details about the release in which the API will no longer be available, and the replacement API version. The idea is to inform both the end-user and the cluster administrator when deprecated APIs are used in the cluster.

To help you to upgrade those deprecated APIs, kubectl may warn you when you’re using them. the resource is deprecated. Simply use the –raw or --warnings-as-errors flag in your kubectl calls:

Kubernetes.dev, a Kubernetes contributor focused website has been launched. It brings the contributor documentation, resources and project event information into one central location. 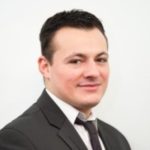 I am an SRE Engineer working on the OVHCloud Managed Kubernetes Service product, very enthusiastic about contributing to the french Cloud.