We announced it at the OVH Summit 2018… We were going to double the public bandwidth on OVH dedicated servers, without changing the price.

A promise is a promise, so several weeks ago we fulfilled it: your servers now have twice the bandwidth, for the same price!

We knew from the start that this upgrade would be feasible, as our 20Tbps network core can definitely cope with the extra load!  We work daily to make sure you enjoy using our network, which is one of the largest in the world among hosting providers.

Indeed, our network is constantly evolving, and our teams work tirelessly to optimise the capacity planning and anticipate the load generated by all our customers, spread across our 28 datacentres.

It’s also more than capable of managing the waves of DDoS attacks that arrive almost daily, sending millions of requests to hosted servers in an attempt to render them unavailable. These are absorbed by our in-house Anti-DDoS Protection, without any customer impact! As a reminder, we suffered one of the biggest attacks on record a few years ago, which generated traffic of more than 1Tbps, but was nonetheless absorbed by our infrastructure, without any impact on our customers.

To guarantee this additional public bandwidth, our Network and Bare Metal teams have worked closely together to be more and more LEAN when it comes to our infrastructures. As a result, thousands of active devices (routers, switches, servers etc.) have been updated in a completely transparent way!

The overall deployment process has taken some time, as we have done a rolling upgrade, taking a QoS and isolation approach to prevent possible traffic spikes. Product range by product range, datacentre by datacentre… The deployment itself was quick and painless, as it was fully automated. The potential bottleneck was making sure that everything worked as intended, which involved carefully monitoring our full server farm, as bandwidth doubling can have a huge impact, especially at OVH, where (let me mention it once again!) egress traffic is indeed unlimited!

Here’s a quick overview of the new bandwidth for each server range:

We aren’t going to stop there though! We will soon announce some nice new features on the network side of things.  And of course, lots of other innovations will arrive in the coming months. But those are other stories, which will be told in other blog posts… 😉 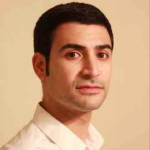