In our previous articles, we explained why we had to move 800,000 databases from one datacentre to another, 300 kilometres away. So here we are… My team and I did it! It was a real brain-burner, so I hope our story will help you to address more of the huge technical projects we love to play with.

To sum up, this is what we have before a web cluster migration:

And this is what we want after the migration:

Now you know rules, it’s time to start the game!

The first level is always an easy one, where you discover how the game works through a kind of tutorial! So, let’s begin with a small database migration. This is how we do it:

2. At the destination (Gravelines)

3. Switch to the new database

To deliver the proof of concept for the migration, we first ran all those steps manually and sequentially. The natural way to automate this is to write a script to do the same thing, but faster. That’s a centralised method, but such methods experience bottlenecks sooner or later, and imply a single point of failure.

To prevent this, and fulfil our scalability requirements, we have to be decentralised. We must imagine the migration of a single database as a state machine. Here is a simplified version of the state graph of a database migration, as described above:

Using this state machine, we can perform those three big steps by different machines to parallelise the workload:

These three hosts can perform their tasks in an independent and decentralised way. All they have to do is watch the state graph to see if they have something to do, and if so, update it and perform the tasks.

The brain of the migration: CloudDB

We love the ‘eat your own food’ concept! That’s the best quality control ever, and with the feedback you give us, our first source of feature requests. So it’s no surprise that we used our own CloudDB product to store the state graphs of the databases migrations.

Technically, a state graph is a row in a table. The simplified structure of this table looks like this:

Except for the dump_url, all the fields are filled before the migration begins. In other words, we know where the databases are, and where they will be.

We’ve beaten all the challenges of this level. Now it’s time to beat the final monster!

Now that we know how to migrate a single database in a decentralised way, let’s fill the CloudDB with all the databases we want to migrate! This is what the migration now looks like:

About once a minute*, each host of the 780 database servers asks the CloudDB if they have something to dump. The source and status columns of the table are used to retrieve this information:

If so, they execute their tasks and update the CloudDB about what they’re doing. When they’re done, they pass the baton for this migration to Gravelines:

At the same time, 300 kilometres away, hundreds of database servers are also asking the CloudDB if they have something to import. As in Paris, they query the CloudDB about once a minute*. The destination and status columns of the table are used to retrieve this information:

If so, they execute their tasks and update the CloudDB about what they’re doing. When they’re done, they pass the baton to a third robot, who will change the DNS records for this database migration:

(*) To avoid flooding the CloudDB, we use a random frequency to query the database with the state graphs. This way, the connections are globally distributed over time.

The robot responsible for the DNS update is the third player in the migration process, and works in the same way as the dump and import robots described above.

Of course, the actual game was more complex. This was a simplified version of the migration, with some steps missing or not detailed enough, such as:

But now that you’ve got the concept for the main steps, you can imagine how we handled the others.

Do you know the law of truly large numbers? It states that with a large enough number of samples, any unlikely thing is likely to be observed.

This is one of the first lessons you learn when you host 1.2 million databases. Every day, we face the many improbable things that can happen with databases, so we knew that, despite the tests we conducted, we would encounter difficulties, weird cases, and improbable bottlenecks.

But there’s a cheat code to beat that boss: iterate!

This method is possible thanks to two things:

As mentioned above, to launch the database migrations, we had to run one command on a single host:

This magic command has one parameter: the number of parallel migrations you want to do. We used 400 for this parameter.

This means that 400 databases are being dumped or imported at the same time –  no more, no less.

The migrate-p19 command is a scheduler. It updates the CloudDB every 10 seconds, so we always have those 400 migrations performed in parallel:

In every machine, it is mandatory to have a big red button to press when something’s wrong. To interrupt the migration, for a reason or another, we just have to kill the migration-p19 script. When we do this, the ongoing migrations terminate themselves, after which no new ones are launched.

The interruption is automatic. If something’s really bad, the scheduler can see that there are too many operations in an error state, and then decide to stop the migration.

Our database migration adventure will continue on this blog. Indeed, the world is not perfect, and we’ve had to handle some interesting cases…

Want to be part of the team bringing this migration to life, and keeping this huge platform in an operational state? We are hiring an open-source SRE and automation addict in France and Canada! 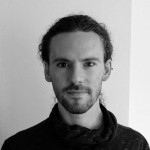